In addition to noting the report with appreciation, the resolution urges the Secretary-General to implement all 10 recommendations contained in the report in a timely manner, and invites the executive heads and the legislative bodies of the United Nations system organizations to address the relevant recommendations in their organizations. The resolution also requests the Secretary-General to submit to the General Assembly at the main part of its seventy-fifth session a progress report on the implementation of the resolution.

The resolution marks the first instance, since 2004, of the General Assembly adopting a dedicated resolution on a JIU report. The JIU has brought the resolution to the attention of governing bodies, executive heads and senior management in its participating organizations, with the request to ensure that necessary follow-up action is taken to ensure the implementation of its recommendations.

For a snapshot of the JIU report on accessibility, including an Easy Read version of the executive summary, please read the review highlights here

To read the draft version of the resolution click here 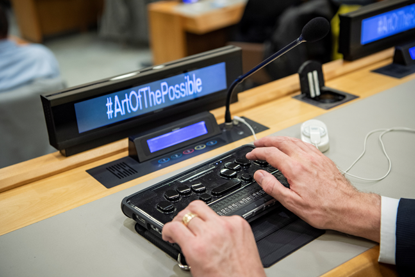