Blockchain applications in the United Nations system: towards a state of readiness (JIU/REP/2020/7)

The report intends to provide a contribution to the collective efforts triggered by recent overarching strategies on new technologies and the future of work, which address the issue of innovation and the use of digital technologies by the United Nations system in an action-oriented approach.

Blockchain is among the technologies whose interaction and blending of physical, digital and biological systems define the profile of the fourth industrial revolution. Although the technology is still young, weighing the trade-offs and determining regulatory action and operational frameworks should be a subject for multi-stakeholder dialogues, including in the United Nations system. The 2030 Agenda and the strategic calls for innovation that have followed it prompted some organizations to take the lead and pilot blockchain applications, mostly for operational activities.

The review found that ongoing blockchain applications are still at an experimental stage in the United Nations system. Current practices do not yet constitute a critical mass to allow definitive conclusions on the usability and relevance of blockchain, but promising applications are emerging. Some assumptions with respect to its benefits are not yet confirmed, while others require further testing. There is an increasing interest in this technology, but also awareness of specific risks involved.

Most participating organizations agree that policies and standards are necessary in order to reduce legal uncertainty and encourage innovation. Building in-house expertise is advisable and realistic. The creative use of blockchain open sources is feasible. By virtue of its network vocation, blockchain carries unprecedented opportunities for inter-agency collaboration and collective engagement in support of the Sustainable Development Goals; however, it requires  a cultural change and a new vision of the responsibility and roles of various organizations.

The report contains eight formal recommendations, addressed to the governing bodies of the United Nations system organizations (2), the Secretary-General (1) and the executive heads of the United Nations system organizations (5). The recommendations are aimed at enhancing preparedness for a more rigorous exploration of blockchain`s potential in the future. Some recommendations refer to action to be taken at the level of individual organizations, in relation to the integration of blockchain applications into overall innovation strategies, risk management measures and use of open source platforms. Others focus on enhancing coherence and coordination at the system-wide level, including by knowledge-sharing, capacity-building, and adoption of an inter-agency governance framework. Finally, the report proposes a comprehensive decision-making matrix for blockchain as practical guidance for the determination of future business cases.  The report also contains nine soft recommendations, which are meant to disseminate good practices and improve blockchain knowledge-sharing at the system level.

The review’s findings will be presented to the General Assembly at its 76th session, following the receipt of CEB’s comments on the report. 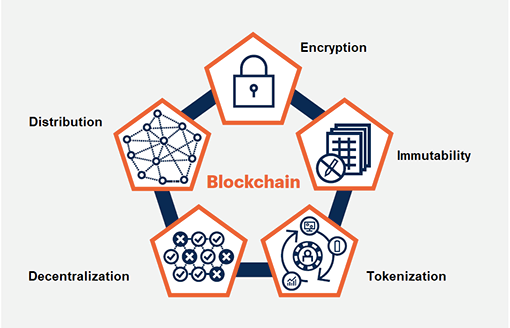