A large part of my career resides within the United Nations, where I served in various roles for 27 years. I was a delegate of my country, Eritrea, at the Permanent Mission to the United Nations in New York for 21 years and served on the Advisory Committee on Administrative and Budgetary Questions (ACABQ) for 6 years. Now, I am elected by the UN General Assembly to serve at the JIU for the next five years. In a way you could say that the UN is in me and I am in the UN. Before that, I worked as the Executive Director of a humanitarian organization, assisting victims of wars and famine in the Horn of Africa for 10 years. I was also Accounts and Budget Analyst for the Africa Region with an international NGO based in Nairobi, Kenya, for 5 years in the early years of my career.

What about the JIU do you find most attractive in terms of its role in the UN system and the value it can add?

I come to the JIU with the same passion as when I joined the ACABQ. As an independent oversight body of the UN system under the General Assembly, the role of the JIU is increasingly becoming of paramount importance. The Unit is gaining steam because of its relevant reports and reviews that are very useful for better efficiency and effectiveness of the UN system. What makes this possible also lies in JIU’s independence in initiating and conducting meaningful inspections, evaluations, investigations, and reviews that matter and that they are not academic exercises.

When the opportunity arises what subject would you like to work on during your tenure at the JIU?

Since I have just arrived, I decided to start as a co-author, this will help me to familiarize with the JIU methodology. Currently, I am working on a report on UN Habitat, which is based in Nairobi, Kenya. Specifically, it will be a management and administrative review (MAR). In the coming years, when the opportunity arises, I have the passion to look into the internal control systems in the UN system.

What are you looking forward to in your first JIU report?

UN Habitat is part of the UN system, thus is subject to internationally agreed goals and policies like the SDGs and others. But, the current review will only focus on 4 themes of management and administrative nature as guided by the Terms of Reference (ToRs). Therefore, my goal and the goal of my team is to provide objective clarity on those themes to the General Assembly. The first thing that comes to my mind, in this regard, is whether the GA resolutions related to UN Habitat, and in connection to the subject matter, are satisfactorily implemented or not.

How have you settled into the JIU and Geneva so far – especially considering the extraordinary circumstance due to COVID-19?

This is not my first time in Geneva. I have been here several times over the years, even if only for short stays, whereas moving here to live is quite another matter. To be honest I'm still adjusting to life in Geneva and the pandemic has not made things any easier. In general I find it to be a beautiful city, I hope that my family will join me soon and that the current health situation will improve so that we can enjoy life to its fullest. 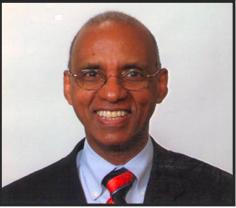