The Unit was established at the 21st session of the United Nations General Assembly as the only independent external oversight body of the UN system. At that time, JIU was an innovative creation of the General Assembly; it was and remains the only entity mandated with conducting inspections, evaluations, and investigations system-wide.

The UNGA adopted the Statute of the JIU in 1976, which was then implemented in 1978. This changed the status from that of a temporary body to a permanent one. Resolution 31/192 established the JIU as the only independent external oversight body empowered with a system-wide mandate. As such, the Unit became a standing subsidiary organ of the UNGA and of other legislative bodies of the UN organizations that accepted its Statute.

The Statute defines the mode of operation, conditions of service, and the administrative, budgetary and financial arrangements of the JIU. These functions and powers had already been included in the 1966 report by the Ad Hoc Committee of Experts, which provided the basis for the Statute. The Statute emphasizes the independence of the Inspectors and reaffirms that the JIU was created to assist intergovernmental bodies in management review and reform processes.

The JIUs mandate is to look at cross-cutting issues and to act as an agent for change across the United Nations system. It works to secure management and administrative efficiency and to promote greater coordination both between UN agencies and with other internal and external oversight bodies. JIU provides support in the context of these agencies’ oversight function regarding human, financial and other resources. In its reports and notes, JIU identifies best practices, proposes benchmarks and facilitates information-sharing throughout all the organizations of the UN system that have adopted its Statute.

The idea of a system-wide inspection body dates back to the United Nations financial crisis during the early 1960s. During the 20th session of the General Assembly in 1965, the Fifth Committee discussed “the establishment, on an experimental basis, of a small inspection unit consisting of a limited number of specialists highly qualified in financial and administrative matters”. Through its resolution 2049 (XX), adopted in 1965, the General Assembly initiated an Ad Hoc Committee of Experts assigned to examine the financial situation of the United Nations and of the specialized agencies across the system.

At the time, external oversight over financial management in the UN system was less developed than it is today. The Committee of Experts advocated to strengthen external controls and to establish, in agreement with the various organizations of the UN system, a temporary joint inspection unit to conduct on-the-spot inquiries and investigations.

This experiment was approved for an initial period of four years. The main characteristics of JIU, as we know it today, were already present in this agreement. The Unit was envisioned and designed to be administratively attached to the Secretary-General. Funding for the operations of JIU was established in a cost-sharing scheme between the participating organizations. Following the Committee’s report, an external control body was established one year later by General Assembly resolution 2150 (XXI) on 4 November 1966. The General Assembly determined that the JIU should be operational no later than 1st January 1968 on an experimental basis for an initial period of four years. This marks the starting point for the Unit's pioneering role in system-wide oversight function. In subsequent years and following its temporary establishment, the General Assemblyreaffirmed the JIU’s mandate and extended its existence several times under various resolutions.

The 1970 and 1972, General Assembly resolutions 2735 A (XXV) and 2924 (XXVII) respectively reviewed the JIUs mandate and extended its term for an additional period of four years. At the same time and in response to proposals of various members of the UNGA, the Fifth Committee recommended that the operations of JIU should be improved while bearing in mind its independent status and terms of reference. ECOSOC noted that the UN system would continue to benefit from the services of JIU, and encouraged all UN organizations to continue their active participation and cooperation with the Unit. 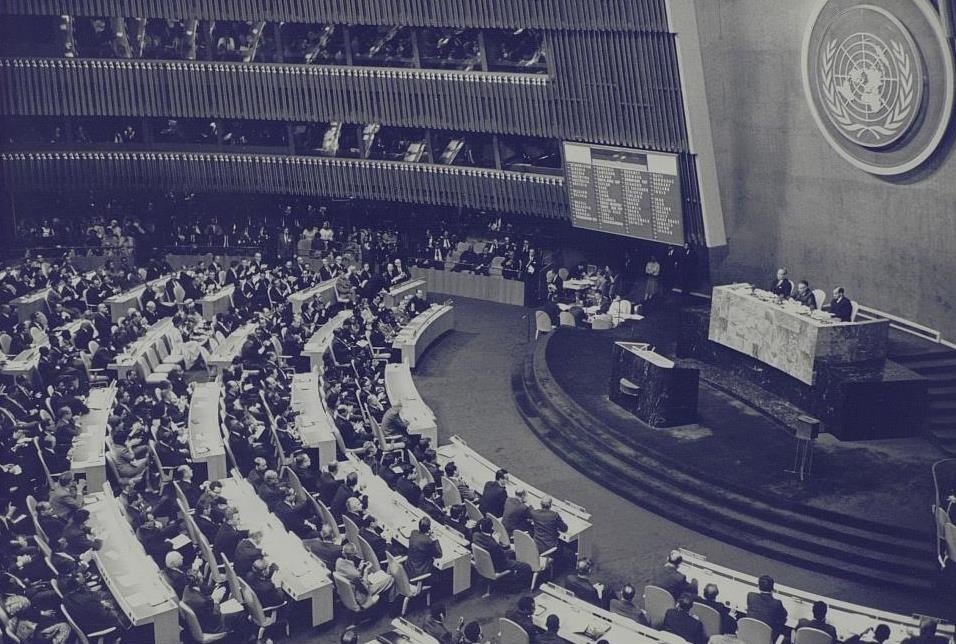